Campgrounds: The Endorus Expedition is challenging yet entertaining but it is too basic, the presentation is not outstanding and the bonus content is weak.

As it comes to the end of the year, it can be concluded that there are only two non-HOG CE games that are being released this year, Royal Envoy: Campaign for the Crown and this Time Management/Builder sequel to 2012’s hit Campgrounds. 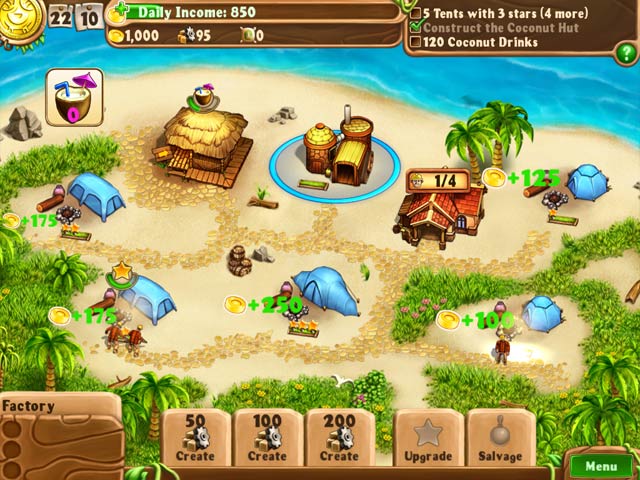 Unlike the first game, Campgrounds: The Endorus Expedition does not have an interesting story as in the first game. The cutscenes are comic-strips which are not impressive, they have no voice overs and the cartoons are childishly drawn. The presentation of the game is just fine, although the graphics are bright and colorful; they are really flat and the visual effects are quite simple. The music is okay, suits the game nicely but nothing to be excited about.

Campgrounds: The Endorus Expedition has a typical Builder gameplay but still enjoyable for players of all types. The game featured Relaxed/Untimed mode for beginners while playing the game in Timed mode can be very challenging to achieve gold medal. There are many buildings and houses to build in which you have to decided wisely which one to produce first in order to complete the tasks given. 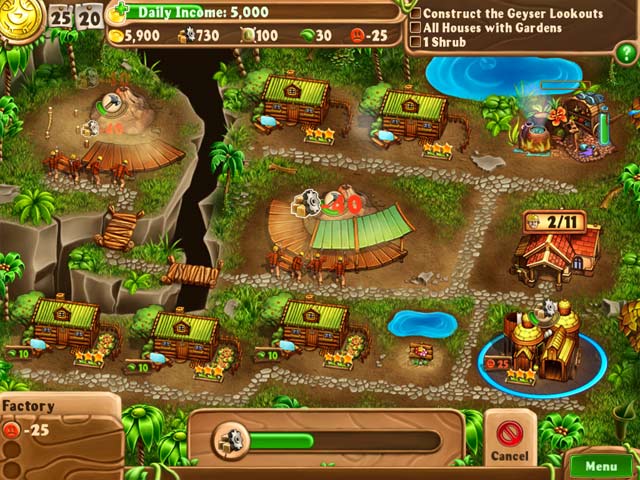 Strategy is the key in Campgrounds 2 as in later levels, one wrong step can lead to a forced restart. Anyways, the environment of the game varied every so often, from beach to mine so the game hardly gets boring. Similar to the previous game, the game is still based on Eco-Friendly theme. You can earn Eco-Points by building gardens and other decorations which form tasks in many levels.

As a Collector’s Edition, Campgrounds: The Endorus Expedition is not really worthy of the extra price. There are only a Strategy Guide for the main game, Bonus Challenge levels and the Art Gallery. 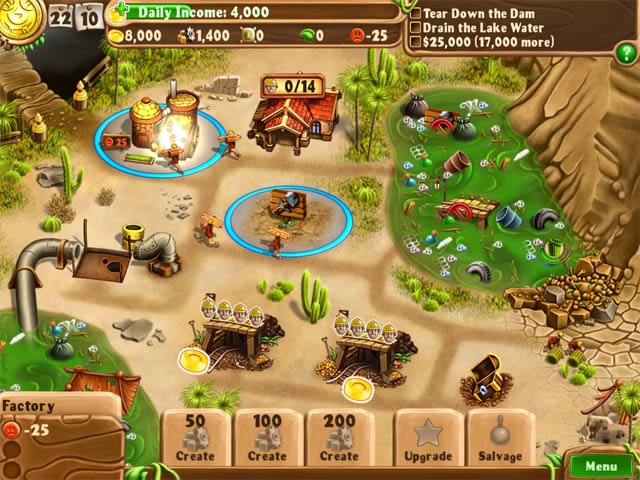 Featured Games
Hidden Objects – Mystery Tales 7 (Free To Play): Review
Hidden Objects – Christmas Spirit 2 (Free To Play): Review
Mystery Adventure Games Spy Agent Escape Room: Review
Seekers Notes: Hidden Mystery: Review
Hidden Object Adventure Games – Around The World in 80 Days &...
© 2012-2020, All About Casual Games.
All About Casual Games is licensed under a Creative Commons Attribution-NonCommercial 4.0 International License. Based on a work at www.allaboutcasualgame.com. Permissions beyond the scope of this license may be available at http://www.allaboutcasualgame.com/p/contact-us.html.
Send this to a friend