Do not let the title 'Haunted Halls' mislead you because Haunted Halls: Nightmare Dwellers is nothing 'haunted'. Although it has nice concept and visuals, the experience is not that memorable and feels like a step back from the previous game.

TOTAL SCORE
You have rated this
Remember the first two Haunted Halls games? When Haunted Halls used to involve the elements of fear and horror. There were some dark aspects in the third game although it got less scary. In Nightmare Dwellers, Haunted Halls is no longer ‘haunted’, that does not seem to be the big problem, but ‘cuteness’, really?!! 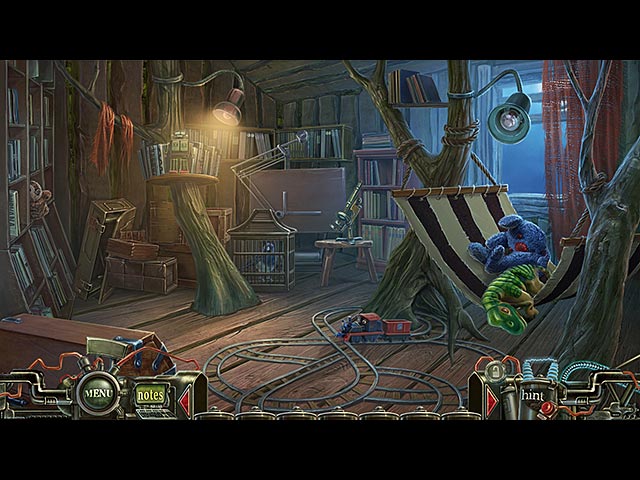 The nightmare begins when a mysterious skull with paranormal abilities has gone missing from Dr. Gauss’s collection; set off to the 5 Cuckoo Street and sort out this case! The story still features our villain, Dr. Blackmore and his gruesome tentacles as well as a couple more new characters. We would not say that the story is really captivating, it is good and the paranormal aspects of the game are well done but it is not terribly original.

The theme of this fourth game is much much lighter than the previous installments, in fact, all the spooky and dark elements are all gone. Haunted Halls has now completely turned into a multi-worlds fantasy adventure with weird buildings, random objects and cute animals. We still appreciate the humour and other-worldly aspects this game included but sometimes they get a little cheesy. 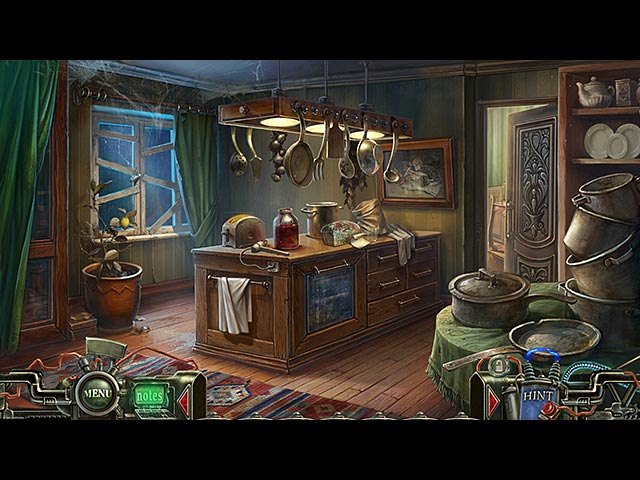 The graphics in Haunted Halls 4 are nice and some scenes are colorful but definitely not the best from ERS-G. A lot of scenes are not very imaginative, pretty flat and unoriginal – and as usual, ERS’s art style is completely predictable. The voice overs are good and the music is fine, nothing more than that.

Another main concern about Nightmare Dwellers is the easy, linear gameplay. It seems like the gameplay just gets easier and easier in the recent games, both from ERS and other developers. Haunted Halls 4 has well-crafted but simple Hidden Object scenes and the puzzles are not very exciting, most of them are easy and some are not really fun to play. The game includes a device called Secret Service Goggle which basically can be used to unlock illusions by playing mini-games, these mini-games are repeated, the first two or three times are pretty entertaining but after that, we just simply waited for the skip button to filled. The length of Haunted Halls: Nightmare Dwellers is longer than the average though, and the Bonus Chapter is fairly amusing as well.