The Happy Hereafter has great presentation and high potential gameplay, but it suffers from technical issues and too much hand-holding.

Just in time for this year’s Halloween, Alawar has released a new spooky Strategy/Sim title – The Happy Hereafter. In this game, you have to help the souls build a happy afterlife and create a Heaven in the underworld! 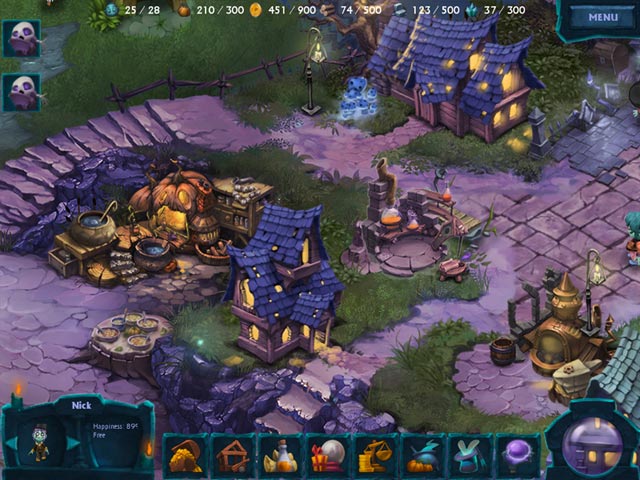 The Happy Hereafter is nothing really different from the usual Strategy/Sim games, Virtual Villagers alike. You have to assign tasks to your workers, build houses and machines, manage resources, make potions, trade and so on. What makes The Happy Hereafter stands out though, is the Halloween theme.

The visual design is weird but looks beautiful in its own way. The landscape looks pupleish and a little gloomy, but not so dark that will blind your eyes. The graphics are clear and the 3D artwork is pure greatness. The characters look funny and funky, however, unlike some other games – each character does not has its own ability, skill and you cannot train them. The soundtracks are on the upbeat side but suit the game surprisingly well. 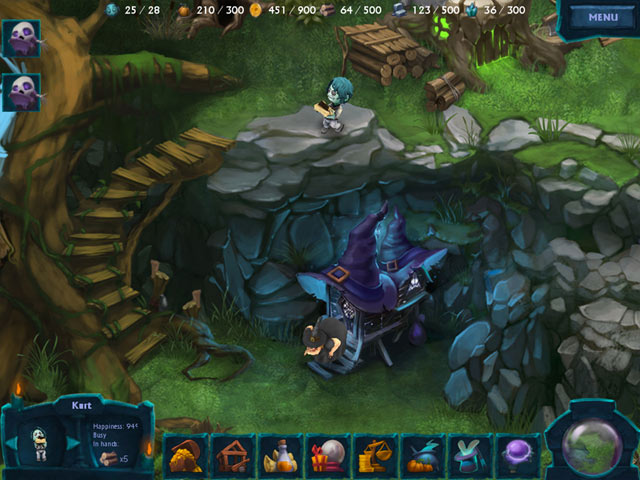 The landscape in The Happy Hereafter is also expertly designed, full of interesting areas to discover. We would be super grateful if the areas in the game are easier to explore. As for now, you actually have to click and drag your mouse around to explore – it is fine for the first half an hour or so but it gets quite painful after a while.

Unfortunately, The Happy Hereafter fails a little on the task system. Most of the time you are being told what to do, the game even tells you what to do next if you left the Hint on. Many advanced players would definitely feel that the amount of hand-holding is beyond control. Even though the tasks are nicely thoughout, you cannot actually complete them before they appear on the left hand side of the screen. So basically, you have to follow every steps that the game tells you to do and one step out of the box might require some replay.

Featured Games
Enchanted Kingdom 7 F2P: Review
Halloween stories: Invitation – Hidden Objects: Review
Strange Investigations: Becoming: Review
Mystery Trackers: Memories of Shadowfield: Review
Vermillion Watch: Fleshbound: Review
© 2012-2020, All About Casual Games.
All About Casual Games is licensed under a Creative Commons Attribution-NonCommercial 4.0 International License. Based on a work at www.allaboutcasualgame.com. Permissions beyond the scope of this license may be available at http://www.allaboutcasualgame.com/p/contact-us.html.
Send this to a friend