Nevertales: The Beauty Within – Review Nevertales: The Beauty Within Collector's Edition

Nevertales: The Beauty Within is worth every single cent you spend, we highly recommend purchasing the Collector's Edition as the amount of the Extras is mind-blowing. Nevertales is a game like no other, it is the paragon of beauty and creativity, it is thoroughly enjoyable from the beginning to the end, no complain. It is the very best game of 2013, or is it the best ever?

TOTAL SCORE
You have rated this
Nevertales: The Beauty Within is the third game from Mad Head Games. Their first game, Rite of Passage: The Perfect Show was wonderful. The second game, Rite of Passage: Child of the Forest was beyond amazing. Now, here comes the beginning of a new series, it is impossible to imagine how Nevertales: The Beauty Within managed to top the studio’s first two games. 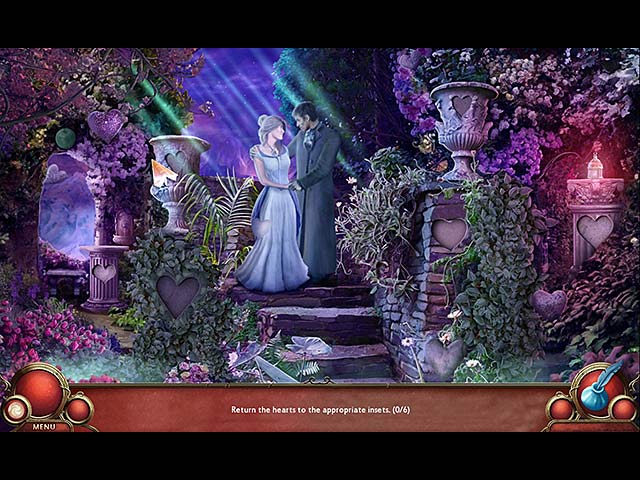 Nevertales: The Beauty Within is a dark fantasy Hidden Object Adventure game which starts off pretty simple but the story gets more complicated and exciting afterwards. One day, a stranger came and knocked on your door leaving cute little baby all alone by herself on your doorsteps. As curious as you are, you follow the stranger to a castle-like mansion that you never thought it exists and off you go, plunge deep down into the beautiful world of Nevertales! Nevertales: The Beauty Within has an incredibly clever plot, twists after turns and a couple of interesting characters to meet. The game never gets boring as you travel into 4 different worlds beyond our own; a volcanic island, future world, giant world from Jack and the Beanstalk as well as the world of pirates and sea adventures.

The amount of creativity Nevertales featured is almost  unbelievable and it is proudly shown in almost every aspects of the game. The Hidden Object scenes come in many different types and you never to have to visit a scene more than once! You will never get bored of finding objects again and again as the scenes are very interactive. Puzzles are extremely well-crafted and are super smart, many of them are very innovative and sometimes offer a nice twist on a well-known formula. What we love the most though, are those puzzles within puzzles – they are so, so entertaining. Moreover, those objects in your inventory at times also require some further interactions and objects combining! Nevertales: The Beauty Within might not be the most challenging game, but it is so innovative and everything is so well thought-out that it is so much fun to play. Apart from those features, you also have a mechanical owl as your companion along with tons of Achievements to collect and two sets of collectibles. The first set are the 45 Roses hidden in every scene of the game while the other set are the Morphing Objects which only appear during the Hidden Object scenes. 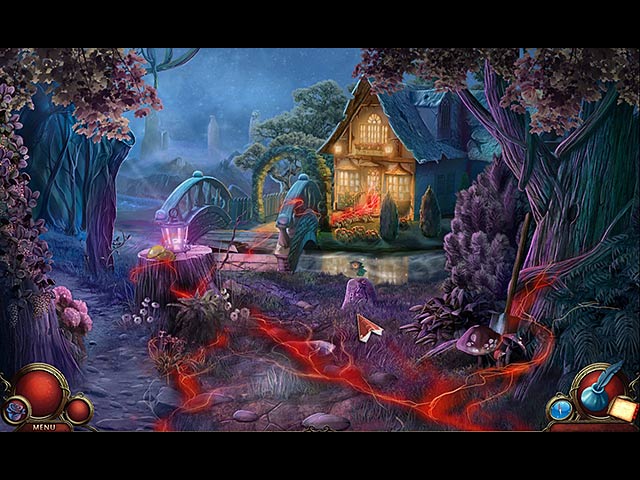 Not only does Nevertales has amazing gameplay, the game’s presentation is just so wonderful. The graphics are super beautiful, especially the outdoor scenes. Cutscenes are amazing, animations are smooth and the effects are stunning. The soundtracks are fairytale-like without being too childish and the voice overs are not over-the-top.

For those of you who wonder whether the Collector’s Edition of this game will worth the higher price tag, there is not a single thing to worry about. Nevertales is overloaded with Extras, in fact, it is probably the CE game with the most Extra features we have ever seen. Not only does the game includes standard extras such as Wallpapers, Concept Art, Strategy Guide, Soundtracks, Replayable Hidden Object scenes, Collectibles and Achievements. There are not one, but four Bonus Chapters! The length of the main game is around 4 or more hours long for advanced players featuring an impressive ending and just when you think nothing can beat the awesomeness in that game – the Bonus Chapter will WOW you. The main Bonus Chapter is connected to the story in the main game in some way but not necessary for full understanding, it is long, solid and perhaps, even better than the main game in our opinion. The other three Bonus Chapters are tiny but better than nothing right? – these chapters will only unlock if you managed to collect all 45 roses in the game, do not worry, you can revisit each location later on after the game ended to collect all the missing ones. Furthermore, there are two more modes you can play; Sugar Rush mode (100 objects to find) and  Collectibles Hunt mode. 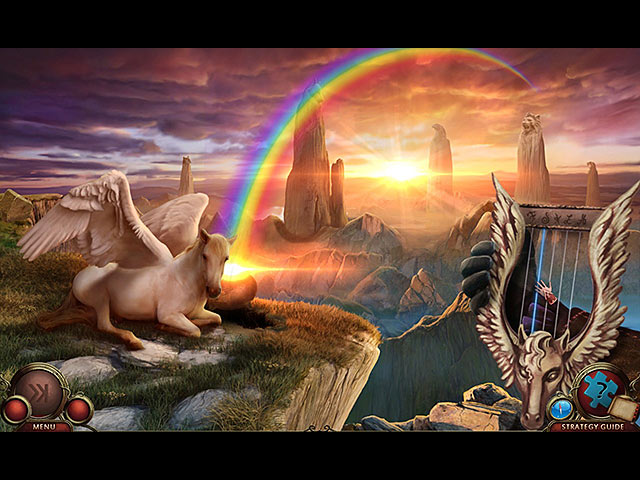