Nightmares from the Deep: The Siren’s Call – Review Nightmares from the Deep: The Siren's Call Collector's Edition

Even with a magnifying glass or us trying to be picky and mean; The Siren's Call hardly has any flaws. Nightmares from the Deep: The Siren's Call is a true HOPA gem that is just pure awesomeness which makes a lot of HOPAs look pale in comparison. 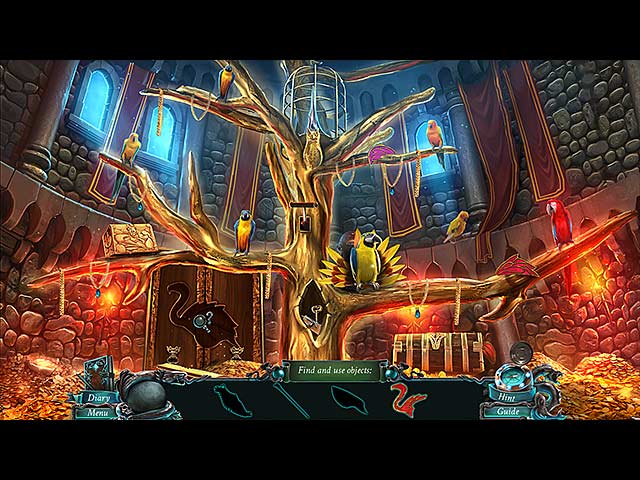 It is not a requirement that you have to first play The Cursed Heart to engage in this sequel as the story in The Siren’s Call although has some connection with the first game, serves well as a stand-alone game. You will likely to be hooked right after the opening cutscene as the story is so exciting, very well told and will keep you begging for more. Nightmares from the Deep 2 is also action-packed presented with gorgeous visual effects and amazing, high-quality cutscenes. There are a few moments in the game that will make you go ‘WOW’. There is a lot of readings to make in this game as you will stumble upon many note pages and diaries but you will not get any lost if you skip them. Similar to the first game, you have Fish Tokens to find which will give you more details of what happened in the past.

If you can remember, Nightmares from the Deep: The Cursed Heart won our Best Visuals of 2012 award so we expected nothing less from this sequel in terms of the graphics. Surprisingly, not only that the graphics in this sequel are as awesome as the first game; we feel like they are even better! The artwork is superbly  detailed with creative use of colors – the graphics are crisp and clear and the locations are incredibly attractive. The music is also equally beautiful, they are not repetitive and is expertly composed. There are also no complains for the voice overs as they are amazing and easy to follow without being over-the-top. 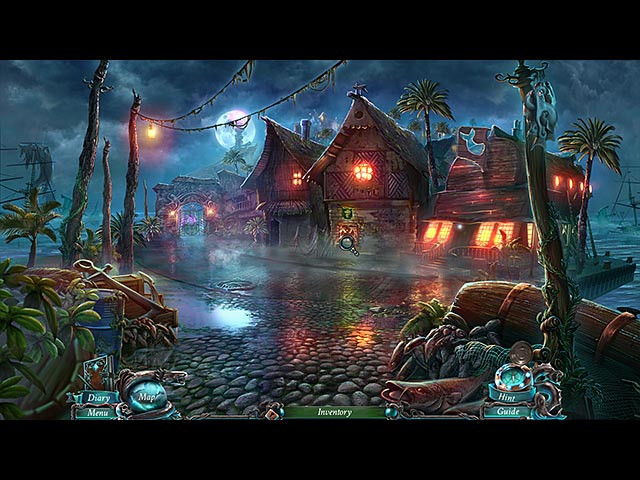 Artifex Mundi sure knows very well on how to create top quality HOPA game as they are very experienced in this field; no wonder why the gameplay in The Siren’s Call is just perfect. There are a lot of smart interactions, clever plot twists and smooth animations. As for the puzzles, they are not 100 percent original but the developer did added some new twists to make them suit the pirate theme of the game – they are not too easy or too difficult. The Hidden Object scenes come in many different type and the game also offers a mode switch from Hidden Object to Mahjong.

The length of Nightmares from the Deep: The Siren’s Call is impressive, experienced gamers can expect around 3 to 4 hours of gameplay while it will sure last much longer for beginners. The Bonus Chapter smoothly continues the story from the ending of the main game and it is just as entertaining. The Collector’s Edition includes quite a load of extras; not only it includes the typical extras set such as Guide, Wallpapers, Concept Art, Replayable cutscenes and Hidden Objects, Soundtracks; it also includes a bunch of Achievements to collect and over three sets of well-hidden Collectibles to keep your eyes out for. 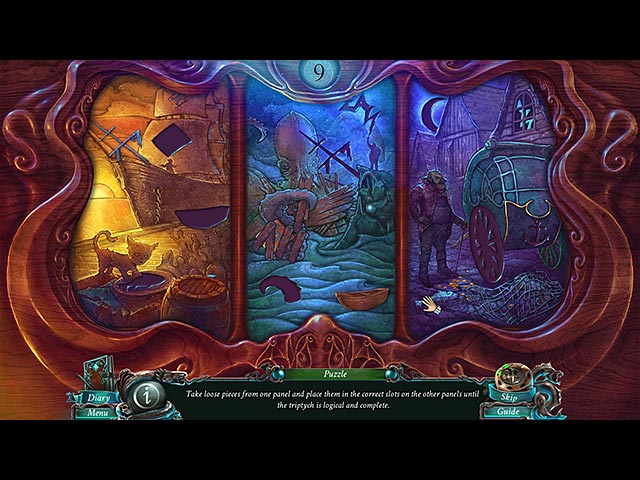