Evy: Magic Spheres is a shockingly entertaining and addicting Marble Popper game. Fast-paced gameplay, great graphics and nice music all combined to make Evy one of the best Marble Poppers to date - even if you like the genre or not, Evy is more than deserve a try!

Once we thought that the Marble Popper genre cannot be any more innovative, Evy came and blew that idea out of our minds! We must first admit that none of us here really enjoy playing Marble Popper games so we were actually thinking about passing up on this newly released game. However, the screenshots on the game’s page look tempting enough for us to try it; and we totally do not regret our decision! 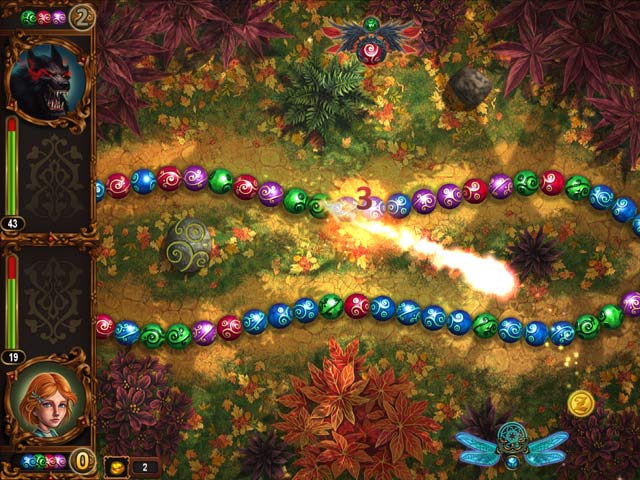 Evy seems to be geared towards younger audience because the story is quite childish and silly in a way but at least, Evy has an actual story to it unlike most, if not all of the Marble Poppers out there. What we meant by ‘actual’ story is that after you have completed a few levels, there will be a cutscene and at the beginning and end of every level; there are conversations between characters. Unfortunately, this game does not has voice overs so there is a lot of readings to do.

What makes Evy such a special Marble Popper game is that you not only play the level on your own, but that you have to play against your enemies. There are several types of marbles you can pop and each one has different ability such as the red marble can attack your enemy, green marble can recharge your health bar and more. Each level will feature an enemy with different skills and abilities and the goal of each level is to kill the enemy before the enemy kills us. There are some special marble popper levels to vary things up a little bit and they are equally fun to play. 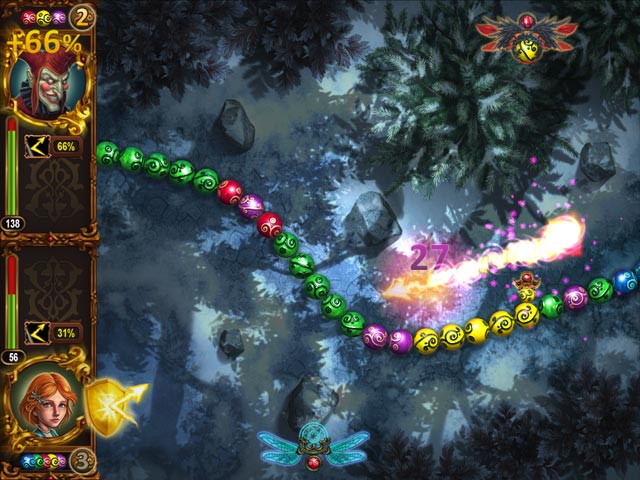 Evy does not only require your marble popping skill but it involves some strategy as well. You have to plan your move carefully on which color of marble you going to shoot and shoot where so that your enemy could not take advantage of your move. You can also collect falling coins and gems during the game; these coins can be used in the Shop to upgrade your color marbles so that they are more powerful and to improve their strength and abilities.

Another aspect of Evy that worth mentioning is the game’s beautiful, colorful hand-drawn artwork. Apart from that, the visual effects are also pretty exciting and the music is excellent as well. 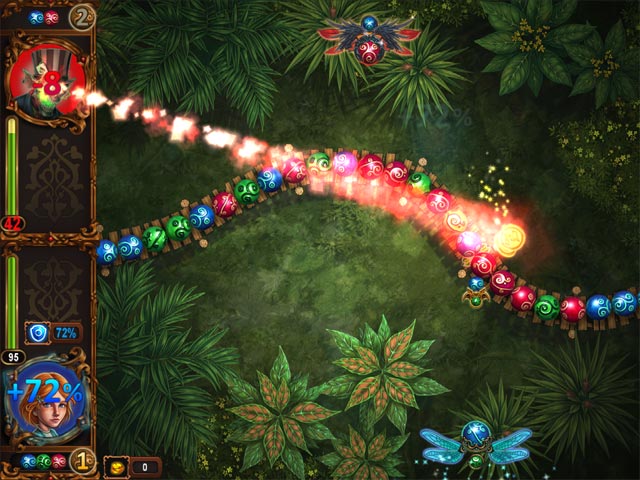